‘Seul’ is a concept I’ve been mulling over for a while now, probably in part due to my current living situation. As a stranger in a strange land I end up spending a fair amount of time ‘on my own’. But am I therefore also ‘alone’? What is the relationship between the two? Can I be one without the other? These are the questions I was pondering when I walked down to watch the Paris Marathon early on a beautiful Sunday morning.

The Paris Marathon is the second largest marathon in the world: this year there were some 57,000 runners. There was a virtual sea of people thundering past me as I stood at the side of the road. It seemed to go on for miles, in fact it probably did. But that wasn’t all. Lining the sides of the streets like a huge human fence guiding the runners along their route were crowds of family, friends and other supporters. They stretched as far as I could see and were cheering, clapping and shouting encouragement to the thundering masses racing by. There were bands playing, people shouting, horns blowing and flags waving. There was an energy to the crowd both on and off the street that was inspiring and uplifiting.

As I looked closely at the faces as they went by I could see the determination in each runner’s eyes. They were anchored in the moment, somewhere inside themselves, focused on the task at hand. One foot in front of the other, checking off mile after mile towards the finish line.  When I stepped back and looked at the larger picture I noticed that there were some small groups or pairs of runners moving together however, in most cases, people were running by ‘on their own’. 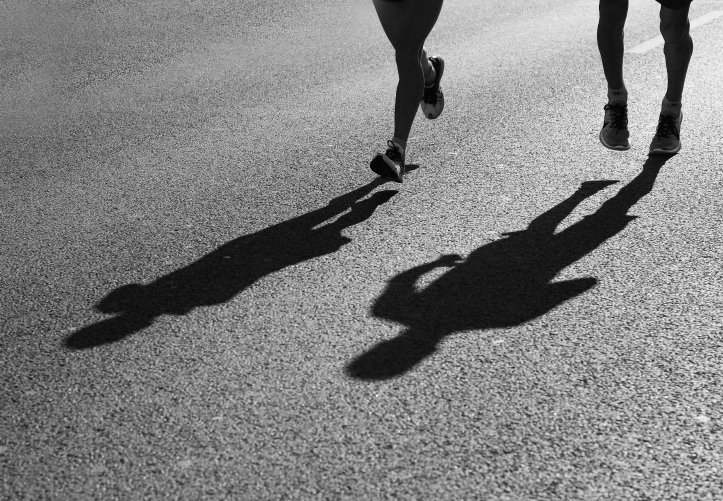 Clearly the marathon was each runner’s challenge to conquer, their race to run, their body that would take the punishment. It all came down to this moment and no one else could do it for them.  But would these runners also consider themselves ‘alone’?  Looking around me at the cheering crowd I highly doubted it. 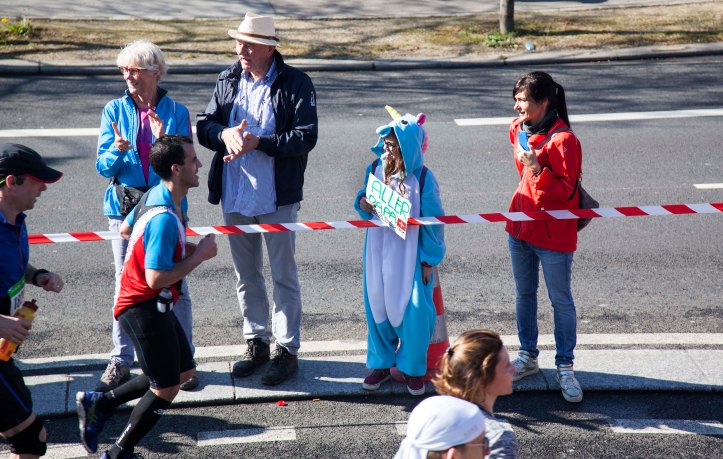 In fact, a marathon can’t be run ‘alone’. From the staff that coordinate the logistical aspects of the race; the volunteers who work tirelessly at the water stations and other points on the route; the police/medical personnel who provide security/care along the route; sponsors who pay the bill to the city workers that cordon off the streets and the cleaners who come through after the race is over, it takes a mountain of support so that a marathoner can run his/her race. 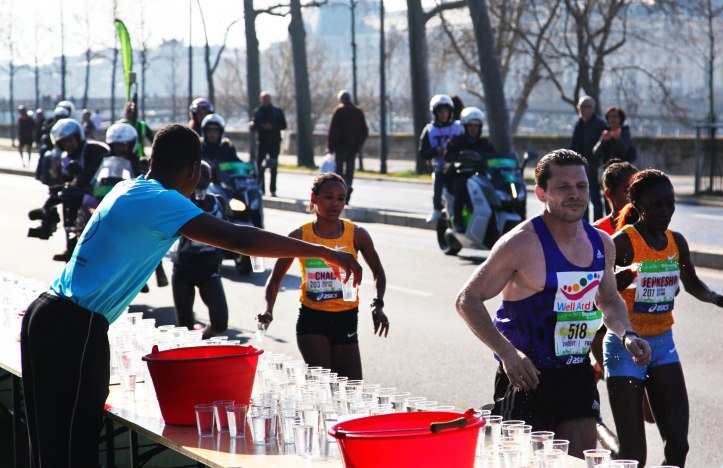 And then there’s the emotional and moral support from family members who put up with long absences due to training, friends who act as cheerleaders, fellow runners who act as pacers as well as thousands of strangers along the route who’s shouts of “allez, allez” or “vous pouvez le faire…. une bière vous attend!” might just be the encouragement someone needs for that final kick of energy to finish.

I realized then that a marathon is a great metaphor for life. We all need the support and encouragement of family, friends and a host of others that we meet along the route of our own marathon if we’re going to make it to the finish line. Some of these people will be in our lives for what seems like a split second but will nonetheless have an important impact: like the volunteer at the water station who hands a thirsty runner a cup of water. Others will be in it for the longer haul shouting support, cheering our successes, lending us a shoulder when we’re hurt or just being there when we need them. In the end we all have to run the race ‘on our own’ but none of us can do it ‘alone’.

I’d love to hear your own musings as I continue to explore this month’s topic….it will help me to not feel alone in this. 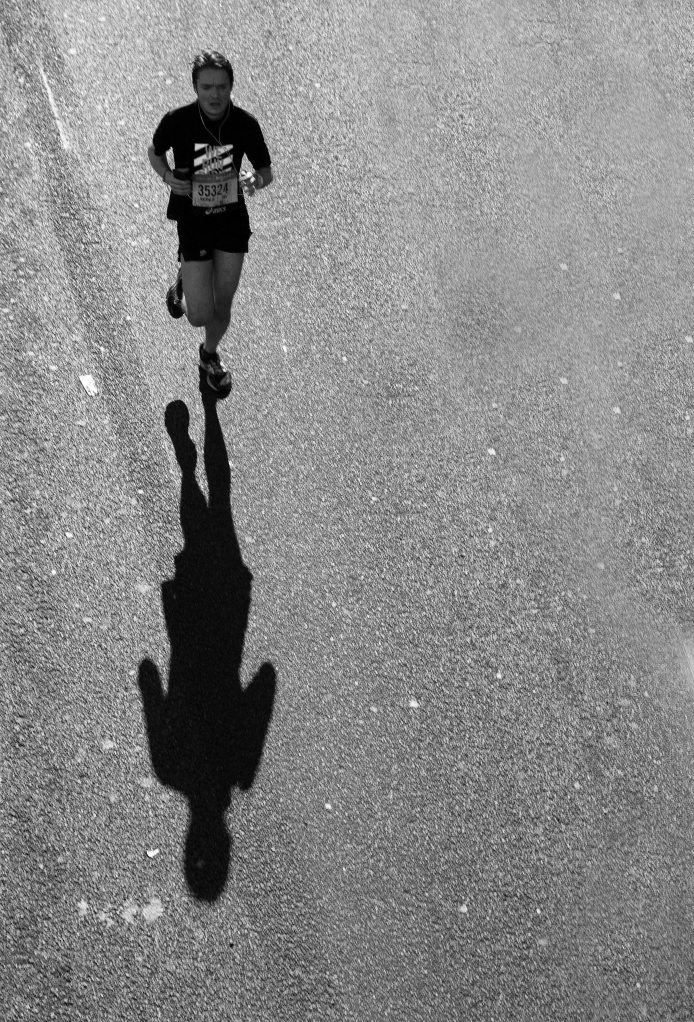