One of the bonuses to living in Europe is that it is so much smaller than Canada in terms of its landmass. This means, of course, that you can visit other countries relatively quickly and easily. Let’s face it, 2.5 hours by train from Toronto gets me to around London, Kingston, Rochester or, if trains still go North – somewhere in Muskoka.  On the other hand, the same train ride (but high-speed of course) from Paris can get me to Brussels, Antwerp, London, Marseille, among others.  That’s at least 3 countries, with Germany and Luxembourg at my disposal within a 3-hour train ride!  You’ve got to love it!

Train travel in Europe is relatively inexpensive, extremely comfortable and quite reliable. For me, it’s also incredibly convenient – the bus to both Gare du Nord and Gare d’Est comes right in front of our purple door and it’s only a 10 min bus ride to either station. Think about it….at breakfast we could decide to go to Brussels for the day and, at noon, we could be drinking Leffe beer and eating Belgian waffles! (In fact, we actually did something just like that a few years ago). At any rate, you get my point.

Which brings me to my story of the day: my quick trip to Belgium. Gary’s sister-in-law, Sylvia, is Swiss. When Paul, Sylvia and Nicole (Sylvia’s 11 year old daughter) were visiting earlier this month (on their way to Switzerland via Paris, Germany and Belgium) they had an opportunity to go and visit some friends in Germany for the weekend. We decided that Nicole would stay in Paris with us and that I would then take her to Belgium to Sylvia’s uncle Freddy’s home in Esneux where we would all re-convene. Esneux, Belgium is a small town about 20 minutes east of Liege (the 3rd largest city in Belgium) which is, in turn, about a 30 minute train ride from Brussels: 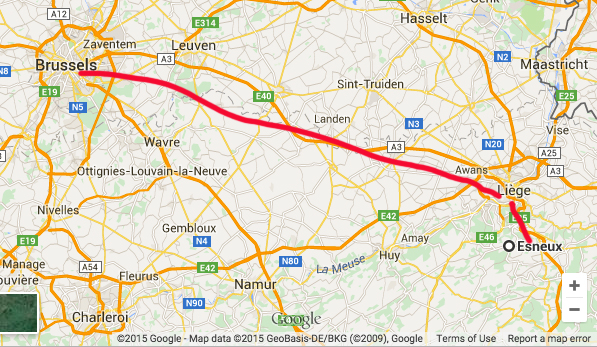 And that’s how I came to spending 2 days and 1 night in Belgium recently. Nicole and I caught an 8am train to Liège. We were on the Thalys high-speed train, sitting in 1st class because the tickets were on sale and 1st class was actually significantly cheaper than 2nd class for some strange reason. The seats were comfortable, the train was punctual, we had Wi-Fi, a great breakfast and arrived easily in Liège by 10am.

Before I go on I must say a word about the Liège train station. It’s stunning and was designed by the Spanish architect, Santiago Calatrava.  Does that name sound familiar to anyone? It might. Calatrava has completed a few Canadian projects including the Allan Lambert Galleria at Brookfield Place in Toronto (which I love) and the pedestrian Peace Bridge in Calgary (which is lovely but was controversial because, apparently, it looks too much like the pedestrian bridge over the Humber River in Toronto. Now architecture isn’t the main focus of today’s story but I was quite enchanted with the Liège train station and even more so when I discovered the Canadian connection. What do you think? 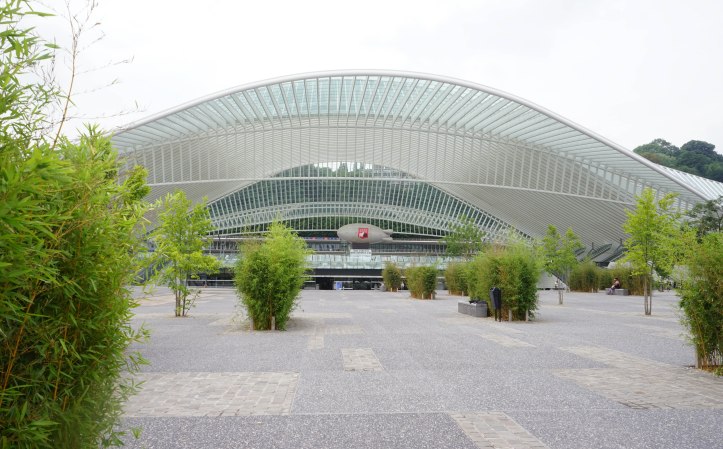 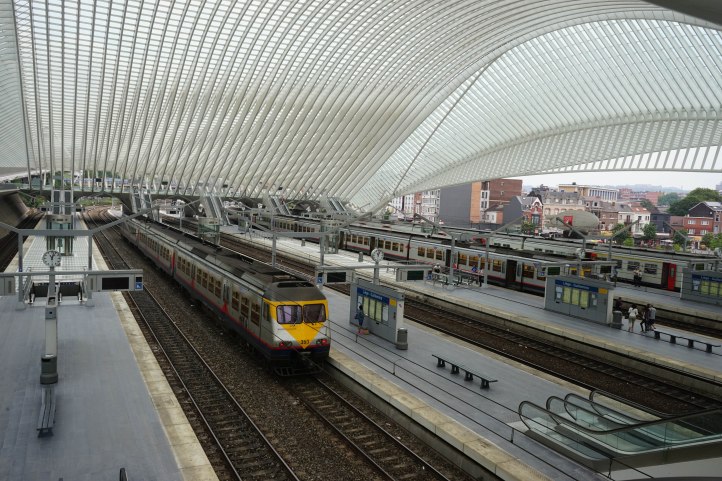 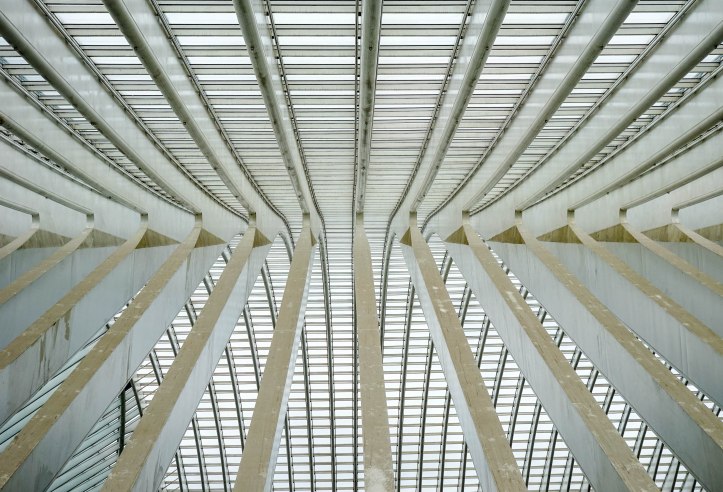 Onward to Esneux, our final destination. I don’t know how many of you have traveled through Belgium but, if you haven’t already, you should definitely put it on your “Countries to Visit” list (everyone has one of those, right??). Belgium is lovely. Driving through the countryside in the southern part of the country where I was is very “Canadian-esque”. In fact, it reminded me of the rolling hills of the Beaver Valley area south of Collingwood. Many people speak English, many speak French (at least in the South), the cities are clean and there’s lots to see and do.  As an added bonus they have some of the best beers in Europe!

I won’t go into the politics or the demographic characteristics of Belgium, suffice it to say that the history and political climate can rival that of Canada’s relationship with Quebec for intrigue, confusion, history and animosity. Worth looking into if you have the time and energy.

At any rate, Nicole and I were picked up in Liège by Alice (Freddy’s daughter) and driven to Esneux in her very cute and sporty little Audi A3 (yes, an Audi – although it was smaller than he prefers, Gary was nonetheless a little envious that I was driving around Belgium in an Audi!):

Esneux is a cute town of about 13, 000. It’s not really on the map for international tourists, however it does get a lot of Dutch and Luxembourg tourists who come for the walking trails, to try and see the “castle on the hill” (now privately owned) and for the local restaurants. We were staying in Freddy’s very large and bright double-condo (he bought 2 condos and made them into 1) overlooking the railway station. 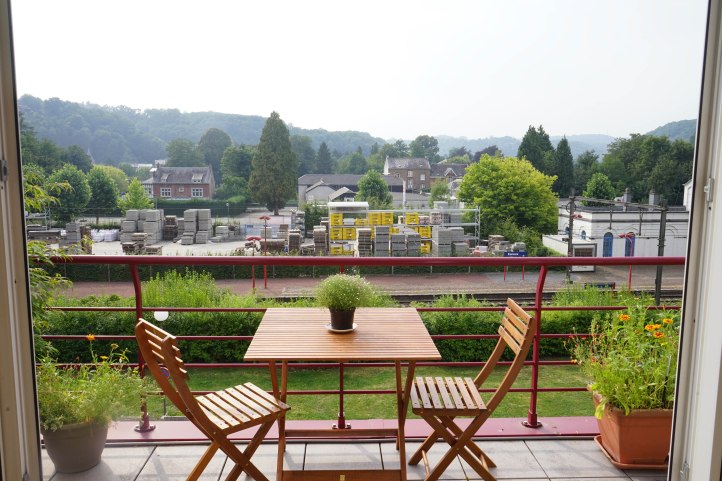 Freddy is a wonderful whirlwind of a man at 84 years young! I knew I was going to enjoy him when he told me he was an Electrical Engineer. I responded with a sigh, told him that I already had too many Engineers in my life and that, for the duration of the visit, I promised that I would not try to win any debate or argument with him because I was certain he could “out-fact” and “out-debate” me. He responded with a hearty laugh and we were friends. Freddy motors about town on an electric bike, he is an adept and passionate user of computers and the Internet, is a good cook, is both well-read and well-traveled and has a wonderfully dry and sarcastic sense of humour.

Once Sylvia and Paul arrived we all headed into town for a stroll along the Ourthe River with Freddy zooming ahead of us on his bike. Since it was Sunday, pretty well everything was locked up tight save for the ice cream shop and a couple of restaurants. The only sign of wildlife we saw was a small gaggle of Canadian geese floating on the river. Yes indeed, Canadian geese – who knows how they got there, perhaps they got lost heading South? but wouldn’t it be great if large numbers decided to follow their flight path and emigrated from Canada to Belgium?

We tried to hike up and see the castle that towers high over the town but unfortunately it was sold a few years ago and is now the private estate of some wealthy European businessman who, it seems, collects homes wherever he goes (hmmmm people seemed a little bitter on that one). At ay rate, we had a nice hike and saw a cool old church with grave markers from the 1600’s. 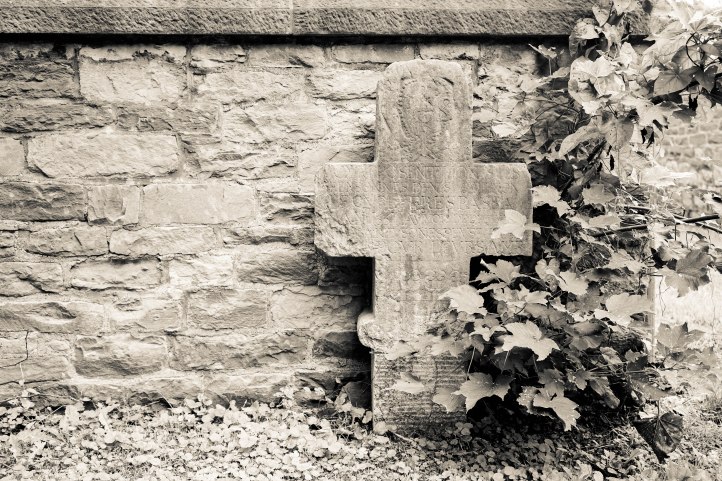 Besides meeting some wonderful people, enjoying stimulating conversation and eating delicious food, the highlight of my 2-day trip to this little corner of Belgium was the visit we made the next day to the medieval town of Limbourg, about an hour drive from Esneux .

Okay…here’s the funny part: it turns out that there are 2 towns – Limburg and Limbourg – and each one is about an hour away from Esneux but one is to the North and the other is to the East. I’m not sure which one we actually went to and I have to wait another couple of days for Freddy to get back from holidays before I can find out! Oh my….large travel failure on my part! Google wasn’t much help either. Oh well, that’s how I roll – someone says “get in the car we’re going to a cool medieval town” and I just hop in and away we go.

Anyway, regardless of the direction we drove, arriving in the old part of this medieval town really was like stepping back in time. The tall old homes, the narrow cobblestone streets and even the church that anchored everything: It was beautiful and so peaceful. It was also a photographer’s paradise and I quickly became lost among the alleyways.  I’ve posted a few of my photos here but, if you’re interested, you should check out my larger Photo Gallery of this town. 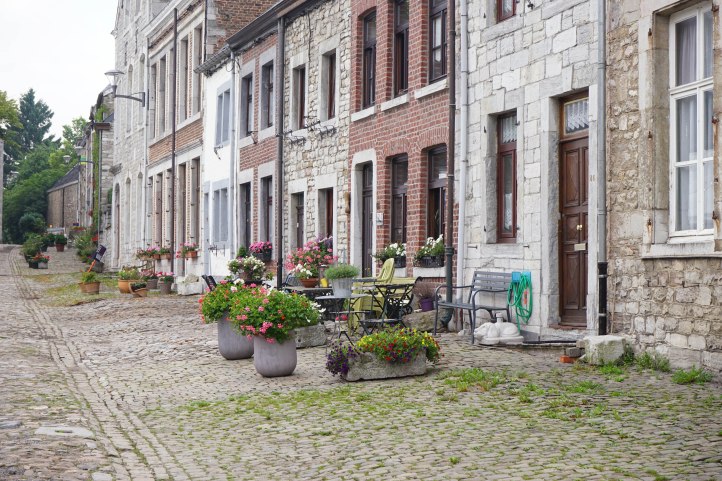 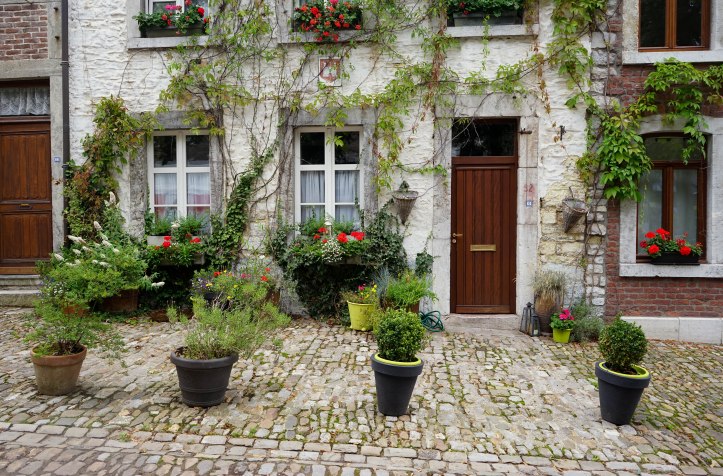 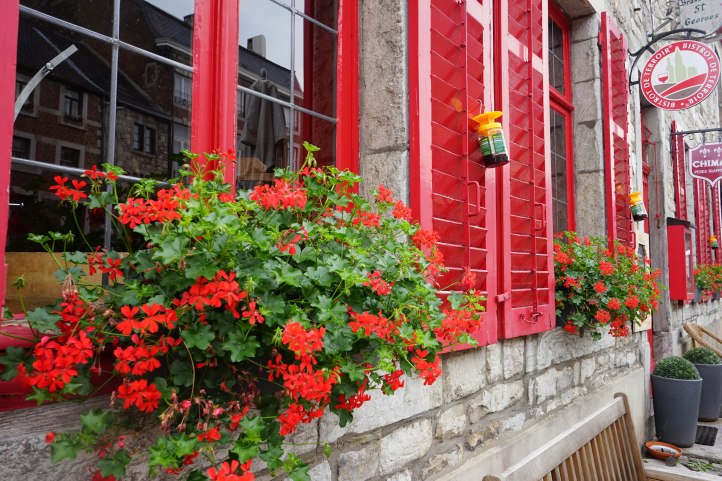 We stopped for lunch at a small, wife/husband run restaurant.   This restaurant was so small that our group of 6 showing up at the same time and ordering lunch completely overwhelmed the couple-owners!   We sat under an apple tree in the orchard neighbouring the restaurant’s vegetable garden enjoying cold Leffe beer while we awaited what we hoped would be a good meal. 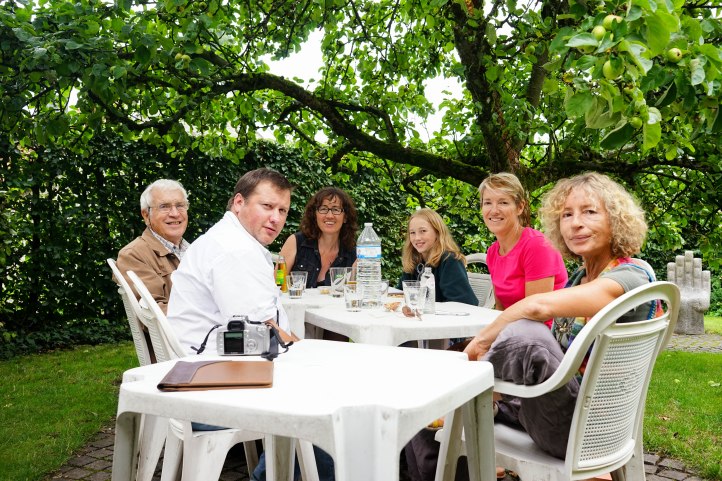 We were not disappointed. Made from the tiny grey shrimp that are typical of this region, my Crêpes Crevettes Grises were delicious!

After a few more photos (always time for a few more photos!), it was time to head back to Esneux so that I could catch my train to Liège and then onward back to Paris. The train trip was just as enjoyable in reverse – and this time I caught the commuter train from Esneux to Liège for just 3 Euros (think of a GO train, Belgian-style).

I wasn’t sure how I’d feel arriving back in Paris after enjoying a couple of days out in the quiet of the countryside but I felt surprisingly good. It was nice to arrive back to the hustle and bustle of Paris. I felt comfortable knowing where to go, and was happy to have a “home” to come back to. That must mean that I’m slowly adjusting.

The next adventure? Well, it’s Gary’s birthday this weekend so we’ve rented a car (not an Audi though) and are heading to the town of Honfleur for a couple of days. It’s a little town on the French Coast about 2 hours from here. We’ll see what happens – at least I know which direction we’re heading!